What can education learn from DC Comics? 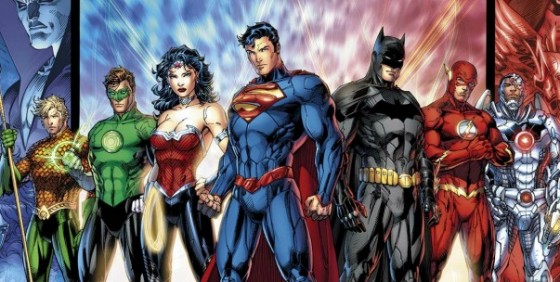 I am a comic book nerd. I'm especially a DC nerd. Recently, DC Comics decided it was going to re-start 52 of their comic titles at issue #1. To non comic book nerds, this is a huge deal. Going back to square one means erasing decades of history. For example, Superman is not married to, or even dating, Lois Lane. A character who used to be Batgirl before the Joker shot and paralyzed her, is back to being Batgirl and running around like nothing happened.

DC Comics says they have done this to streamline their stories and attract new readers. They felt the histories and back stories to many of their characters were so heavy, that new readers were intimidated to start reading. Personally, there were titles I never picked up because I felt I had to read 20 years worth of back issues to understand the plot of this month's issue. From that standpoint, I understood what they were trying to do. They went out and got the best writers and artists and told them to build the best stories you can for our readers. That is to be applauded. Trusting the experts to create amazing content. Good for them.

Another thing DC Comics is doing is embracing the digital realm. They are releasing their books in the stores and to digital devices at the same time. In the best you had to wait weeks before a title would be available. Now, you can download and read right away. I love this. I got home and downloaded Justice League and read it right away. DC Comics feel that comic book shops are getting hard to find and they can be intimidating to new readers. Digital downloading opens up their product to a whole new audience.

The relaunch of the 52 began yesterday with the release of Justice League. It is awesome. The art is amazing and the story is going to head somewhere exciting.

Now, what can this DC Comics have to do with education? Everything. I feel that the state of education is in the same place right now. There is so much baggage being carried around by trying to maintain the status quo, we are scaring away people from education. We can no longer try to fix what ails the system one book at a time. Much like DC Comics has done, it might be time to relaunch education as a whole. Really strip it down to the bare bones and go back to what worked best and look at the ways we deliver our content.

I know that is easier said than done, but how long can we try and fix a broken system until we get to the point where we stand there confused with our hands in the air. I do not claim to have all of the answers, but I have lots of questions. How long do we wait until it is realized we need a wholesale change and not a bunch of minor fixes?

I applaud DC Comics for taking a major risk in starting from scratch. I am hopeful to see some amazing stories in the near future and I hope their actions lead to more changes in comics across the board.

As for education, do you think we need to start from scratch or can we still save the system we have?

I would love to hear your thoughts.

Posted by Nick Provenzano at 4:35 PM