It all started with a student project and it has led me to dive into the world of Raspberry Pi. Students are working on a way to scan student IDs so they can come in and out of the classroom without disrupting the teacher to sign a pass. They chose to use a Raspberry Pi. I had never used one and had only heard about them from friends on occasion. I was blown away at the work they were doing, so I wanted to learn as well. So, I ordered a Raspberry Pi kit from CanaKit. I ordered the complete kit so I could have wifi and really see what I can do with it. I was so excited when it arrived. 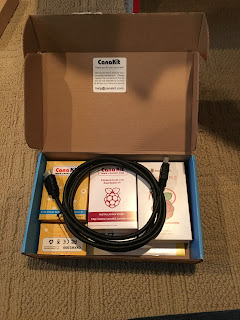 I quickly went online and started to look at the different things I could build with my new Raspberry Pi. I found a few different sites that lets you turn your Raspberry Pi into a video game emulator. The best one and the one that I ended up using is called RetroPi.

I was shocked at how easy it was to set up! It was just loading the file on the SD card and then putting the SD card into the Pi. From there, I was able to place games on the Pi. Now, it is not ethical or legal to download games, ROMS, that you do not own and place on an emulator. There are plenty of open source games our there that you could download and play on your Raspberry Pi that are worth looking at. Here is one of many different sites you can check out for all of your gaming needs. If you want to take some of your old games gathering dust in a box and place them on the Raspberry Pi, here is a great article that can show you how to do that.

After plugging everything in, I was able to play some fun games. However, I had a Raspberry Pi exposed on the floor with wires all over. I felt like I needed to find a case for everything. This is where my (limited) 3D Design Skills come in handy. I went online and found many different case possibilities for the Pi. The one I decided to use and alter was a great design that looks like an old Nintendo. I downloaded the file and uploaded it to Tinkercad to make some edits. I called it "Raspberry Prov". Here is what I was able to come up with for my Pi. 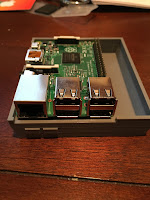 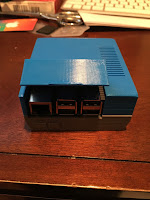 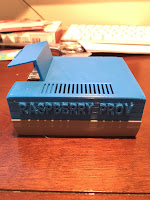 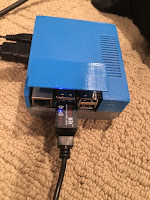 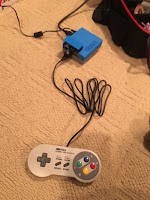 I found a couple of USB SNES controllers online for about $8 and set them up to use for the ROMs I downloaded. It was tons of fun. I was able to bring it over to my brother's house for Christmas and show him some games. It was fun to design the case and it was fun to download the emulator, but I was looking for a bigger challenge. I was hungry for more Raspberry Pi!

For my next project, I went to Adafruit and started to look around at some of the projects they had there. Adafruit is a great resource if you are looking for supplies to Make cool things and/or projects. I found a great project to make a portable touchscreen Raspberry Pi. I needed to get a bunch of supplies and was very nervous because I do not have experience soldering. Here is what I was able to do over the course of a couple of hours. 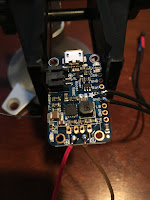 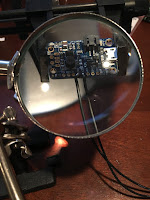 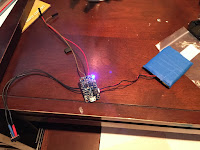 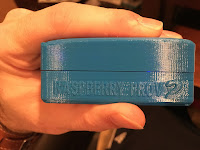 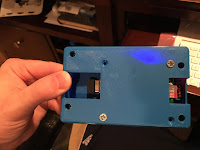 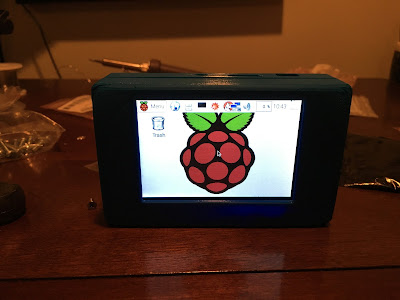 I encountered some problems trying to get the correct software on the SD card and the screws I ordered were not the right size OR I did not design the case with the right size screw holes. They sort of fit, but not very well. Despite those issues, I was able to say I created a small touchscreen computer! I never thought I would be able to do this.

The main reason I'm sharing these two nerdy adventures is because I feel strongly that we need to give our students more opportunities to do things like this. The feeling of making something from scratch, or using Scratch, to create something is an amazing feeling. I never thought I would be able to do any of this. Math and Science were subjects I always thought were out of realm of understanding. I wish I had these types of tools growing up. I would have felt more confident trying new things if I could have gotten my hands dirty and tried to build things.

As educators, we need to look at our ever changing world and see what we can do to support our students and give them access to tools to help them in their educational journey. I see so much value and potential in using Raspberry Pi in the classroom and Makerspaces.

I'm very excited about what the future has in store for me and for the students at my school as I work to introduce Raspberry Pi. My next adventure is going to be focusing on using Raspberry Pi and Arduino to automate something awesome.

Nick
Posted by The Nerdy Teacher at 11:00 AM