No Such Thing As Too Much Pi #Picademy

This weekend, I was lucky to be part of the very first US cohort of Picademy. My Pi journey has been relatively short so far. I only got into using Pi after watching students work with one for their 20 Time project. Heading into the event in Mountain View, I wasn't sure what to expect. Was I going to flat out embarrass myself with my overall lack of knowledge in front of all these Pi experts? Was I going to end up in a ball crying myself to sleep because I'm so far behind. I just didn't know what was ahead of me.

Well, I have to say that Picademy has been one of my best overall PD experiences. It is without a question amazing. Here are some of the highlights.

I was lucky to know some of the people that attended Picademy. Some were part of my GCTMTV14 cohort. It was nice to connect with them and share stories on how things have been going since we left Mountain View 1.5 years ago. There were others that I knew through Twitter, ISTE, and other conferences. There were also friends I had not even met yet! We were all there to learn about Pi and we all had different skill levels and we were all there support one another. 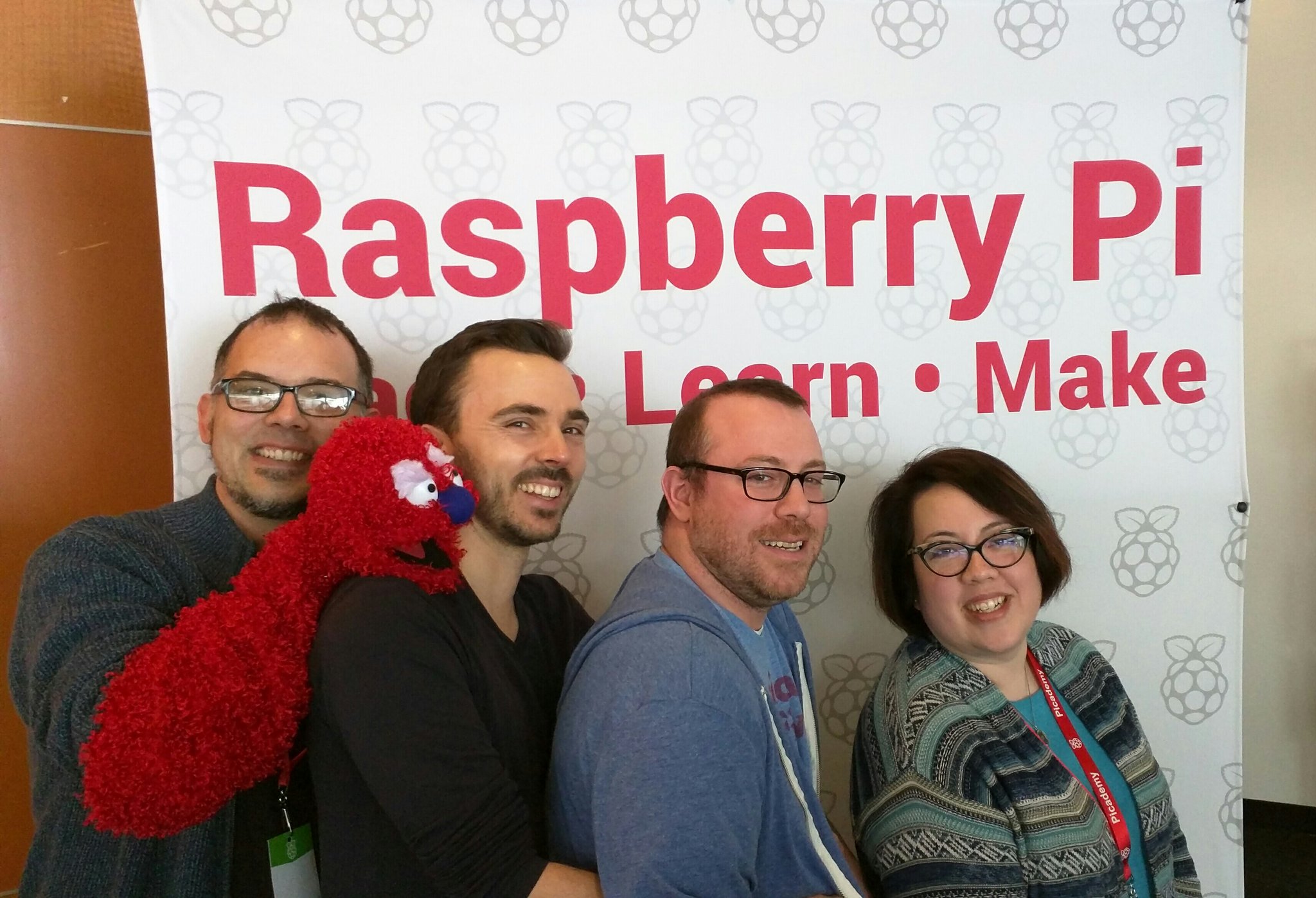 I do not think I have ever felt as well supported at a workshop/event than I did at Picademy. The Pi experts managed to strike an amazing balance of letting you fail, helping you a bit, letting you fail, and guiding you to the correct answer while they walked you through WHY it was the correct answer. This is something I still struggle with in my classroom and this crew did it easily and did it with style.

There were times when attendees would be able to help one another as well. I would be able to help someone with some Python code and someone would help me with the Twitter API. We brainstormed ideas together and encouraged each other as we tried to push our limits of understanding. It was such a great atmosphere of support that really made failing very easy and comfortable to do as we learned.

I've got some mad Pi skills now. Seriously, I can now do things from memory that I never though possible. I was able to think my way through a project to make something do something else with code and I got it right (mostly). If you need me to make things blink fast or slow in Python, I'm a guy that can do it for you with some time and notes. :-)

In all honesty, Picademy spent the first day working on the skills that we would need to create our Hacking project the next day. It was a very nice and easy transition from learning to applying. It's not surprising since so many of the Pi experts were former teachers. They understand the learning process and were able to impart skills to us and then support us as we struggled to implement those skills.

Yes, PBL at Picademy! We did not just sit and watch slides, we had our Pi kits and were given tools to use to make it happen. We watched and then we applied what we learned to the project in front of us. We then took our new found skills and applied them to a project that was meaningful to us. You found partners to work in groups to work on projects that you were both passionate about. It was awesome!


Basement Flood Alert System Here is my Raspberry Pi Project. Basement Flooding Warning System. The water rises, the conductive material (Aluminum Foil here) rises and completes the circuit. A Tweet goes out (This could be set for text) and it will keep tweeting every 5 minutes until the flood ends. #Picademy #RaspberryPi
A video posted by Nick Provenzano (@thenerdyteacher) on Feb 28, 2016 at 2:41pm PST

I felt like part of a much larger community that embraces the hacking and creative lifestyle that I want to impart to my students. Raspberry Pi folks are dedicated to creating and sharing. The Raspberry Pi Foundation is about using technology to balance the playing field for all people in the world and they think their credit card sized computer can do that and I have to agree with them. Raspberry Pi allows anyone access to a simple computer that can help you master coding skills that can advance you in life. The community around Pi is incredible and I feel very lucky to be part of it.

Raspberry Pi encourages Pi enthusiasts to get together and share their love of all things Pi. In this spirit, people get together and host Raspberry Jams. A handful of us from this Picademy Cohort are already working with people to bring a Raspberry Jam to ISTE this Summer. No idea on how we are going to do this, but we really want others to connect and share their ideas regarding Pi in classroom and ISTE is a great place to do this.

Raspberry Pi Academy was an amazing experience and I want to encourage everyone to get out there and get their hands into Pi and see what you can create and then take that experience and share it with your students. If you want to attend the next Picademy USA, check out the link and submit your application so you can get a cool certificate and pin like these.

This is how it feels to wake up on day two of #Picademy. (Thanks @sampatue and @thenerdyteacher!) pic.twitter.com/s1i8pLq3JT
— Raspberry Pi (@Raspberry_Pi) February 28, 2016

Posted by The Nerdy Teacher at 2:59 PM