Making and Minecraft with @WithPiper #MakerEd

When I was at Picademy in February, I learned about an awesome company that uses Raspberry Pi as the brain of their project. Piper is an amazing start-up that has children build their computer and use Minecraft to learn how to use the different aspects of the Raspberry Pi and all of the buttons assembled. Here is a quick video that explains what Piper is and how it works.

When I got home, I had to get one. After waiting patiently, I was able to order a Piper and spent an afternoon building the set with my son. Here is the box and what can be found on the inside. Normally, I take pictures of the assembly process and share what it looked like, but Leo and I were so into building it piece by piece, that I forgot to take pictures. It was that engrossing. Watching the kit come together one part at a time was so fun Leo loved seeing the parts snap into place and he couldn't wait to hand me the next part to put in place. 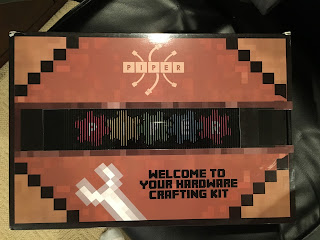 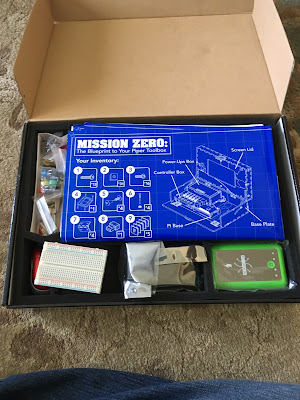 Once we had the battery charged, we were ready to go exploring. We started with the mouse and followed the storyline closely. The sound was great and the graphics were perfect. Leo thought it was super funny and wanted to dive into the buttons, but we had to go through the story until we could get to the button install. The pacing really allowed me to learn about the different things the kit could do and I learned as I played. That is the whole point. I learned so much about using the Raspberry Pi and the different functions. It was fun, it was engaging, and it was educational. Those are all of the things you want to see in any product designed for children. 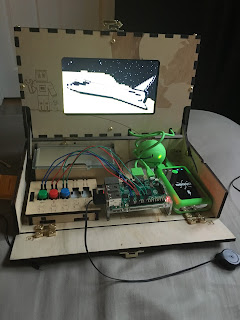 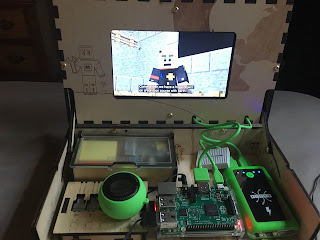 I played many of the missions in story mode and loved all of it. It was very engrossing and I still have so much more to learn. My only problem was moving it around. The case is wonderfully compact and is light, but the box was awkward to carry. It was missing a handle. So, I took a design I found on Dremel's 3D design site, uploaded it to Tinkercad to adjust, and printed it out. I was able to attach it easily to the box. 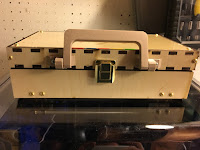 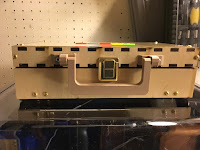 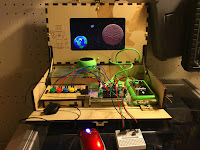 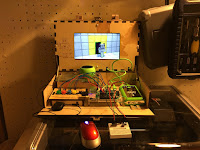 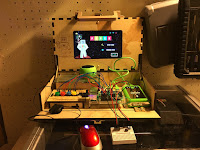 The cool part of the kit is that its design allows you to hack it however you want. That is what is at the core of the Piper kit. They want you, or your students, to build, hack, make, and other things. It has the spirit of Making built in and kids are going to love exploring the world of Minecraft using a computer that they built.

You can order a Piper Kit yourself and you can save $20 if you use the code NERDY! Check out Piper right now!