Improving Huck Finn and other stories 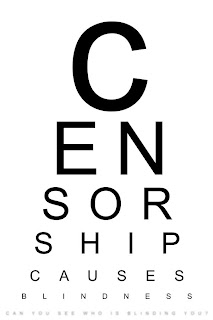 By: Andrea Bohner﻿
Warning: Do not dare change any of the words of this post or suffer the penalty of being given the stink eye or worse, an unfollow on Twitter and defriending on Facebook.

I’m sure many of you have hear about the new edition of Adventures of Huckleberry Finn that is going to be released with the “n” word replaced with slave and the word injun removed. If you have not heard about it, stop reading and go to this post. This is my honest to God response, “Are they out of their fucking mind?” Despite the tech stuff I do to keep busy, I am a certified English and Social Studies Teacher. I have taught Huck Finn for the majority of my 10 years in the classroom. Mark Twain is one of my favorite authors and one the best satirists this country has ever seen. The thought of changing the text of this book bothers me deep down. As an author, the only thing that is left after you are gone are the words you left behind. Those words are considered sacred. I could care less if it is a dime store trash novel from the 50’s or a piece of classic literature; someone wrote those words and should be the only one allowed to alter them.

On the other hand, once I thought about it, I saw the other side of the coin. In today’s society, we have to be very careful about the words we use and the words we let our innocent children read. I’m an expecting father and I have to start thinking about what my son is going to have access to. So, if we are going to censor Huck Finn because we want to make it more accessible to readers who are easily offended, I suggest we look at some other texts and make some important revisions. Here are some off the top of my head.

To Kill a Mockingbird - I’m teaching this right now, but I’m going to replace all of the inappropriate parts of the story so my students are not going to be offended. First, the “n” word is gone. That will be replaced by African American. It doesn’t matter that the term did not exist at the time the story is set. That is not important, so save your fingers the stress of typing a comment. Also, Boo Radley will be confined in his house not because he stabbed his dad in the leg, but because he did not clean up his room like he was asked. We cannot have violence like this in stories. It sends the wrong message to students. Dill will be replaced by an imaginary kitty cat that Scout and Jem will play with. We need to get rid of Dill because he is based on Truman Capote and we know what he is all about. We cannot let kids learn the back story to a story. They might draw conclusions about the writer and the reasons the story was written. There really isn’t a place for that in the classroom. Tom Robinson will not die in the story, he will be given work release and be able to see his family on every other weekend. The important part is the speech that Atticus gives in the courtroom. Oh, the speech will be shortened to accommodate the readers who have short attention spans. It will look something like this, “Tom didn’t do it. You know he didn’t do it and it is racist if you convict him.” That’s essentially what he is trying to say. Also, Boo doesn’t save the kids at the end because Mr. Ewell never attacks them. Frankly, it is too scary and the we do not want kids accepting help from strange guys who stare at them from houses. Once we finish with the book, it can go from 31 chapters to about 16.

Romeo and Juliet - Children that do not obey their parents and commit suicide is not appropriate for school. Suicide is very serious and the taking of one’s life should not be endorsed in writing for students. It doesn’t matter that Shakespeare was commenting on young love. Kids are not smart enough to understand the meaning of the play and teachers, like me, cannot be trusted to impart that information to these students.

Fahrenheit 451 - Well, this should just be banned outright. Fire is not something to be played with.

The Holy Bible - Have you read the Old Testament? There is blatant incest and terrible violence. God even dabbles in Genocide when he wipes out Sodom and Gomorahh, not to mention the entire planet when he sent the flood. I think we should remove all of the violence and hate in the first part of the book and replace it with some pretty pictures like the ones they have in church. People like pictures.

I think we can all come together as a society and agree that these books, and many more, need to be changed so the wrong message about our past is not passed onto children. If there is one thing I have learned as a History teacher it’s that you do not learn anything from History. I hope all of you can agree with me on that.

All comments will be “edited” for content. Comments need to be acceptable to all readers.

Posted by Nick Provenzano at 2:04 PM

Email ThisBlogThis!Share to TwitterShare to FacebookShare to Pinterest
Labels: Censorship