Quality Time with my @TeamKano Kit and my Son

I've had the best time playing with the Kano Computer Kit. I will just start right away by telling you that you need to order a kit right away if you are interested in getting your students or own children learning to code and assemble their own computer. You need to act fast and pre-order the new Computer Kit comes with a Raspberry Pi 3! Ok, let's get to the basics.

Kano Computer Kits come with a Raspberry Pi which is the computer that runs the OS. The OS comes on a microSD card that comes preloaded with the Kano OS. Here are some pictures of unboxing and putting the Kano Computer Kit together. Below are a ton of pictures that I wanted to share because this really is something that is important to see as well as read about.

Once everything is assembled, you are ready to connect your Kano to an HD monitor. This can be a TV or another HD capable monitor you have access to at home or school. I connected mine to a large SMART board. Once I plugged in everything, here was the first message. 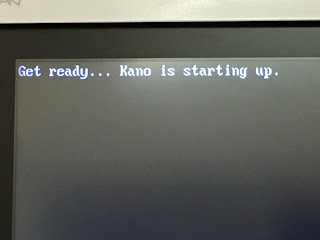 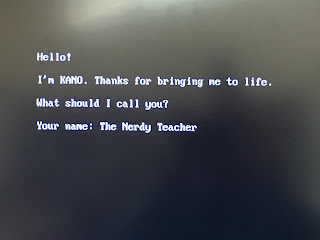 Once I set my user name and I followed the initial steps, I was then taken to some screens to help me get going. The tutorial setup was very easy to do and was wonderfully paced.


Once the desktop is all set and you have created your avatar, you set up your online profile so you can access the great community that Kano has set up for users to share content and try new things others have created. 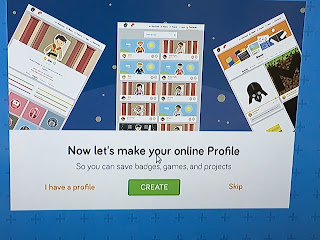 Once you have set up the account, Kano walks you through the different apps that can be found pre-installed on the OS. 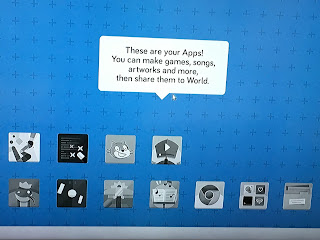 Once you have done all of this, you will earn your first badge! I was so excited to earn my first badge. I'm not going to lie. I might have done a fist pump.

The first app i jumped into was the Snake app. I wanted to make my own Snake app and the game walked me through all of the code I needed to make it run. It was very simple to type out and establish in the system. I then was able to play the games I created. 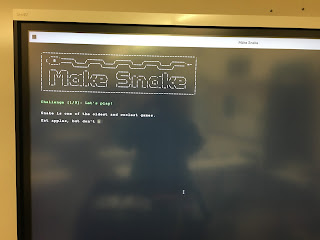 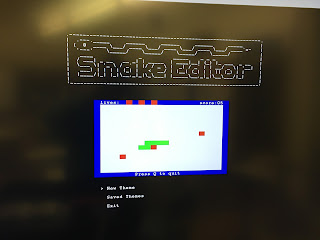 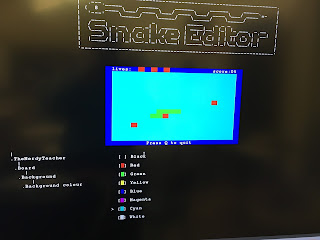 When I was done, I shared my creation to the Kano Community. 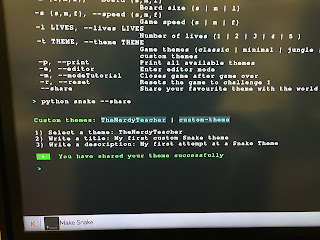 As I continued to play with Snake and try out the new levels, I earned a badge! 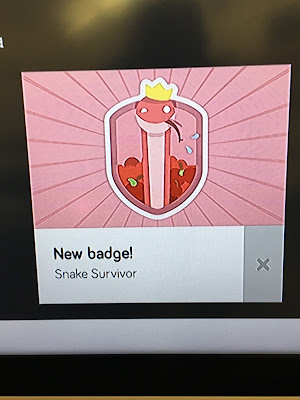 I continued to earn more badges as I played different games and learned different things about coding and creating on a computer. 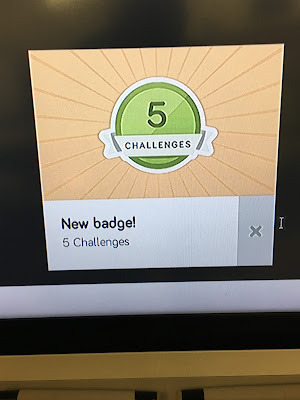 Eventually, I leveled up to 2 and was very excited about this accomplishment. The more I played, the more I leveled up. It was a bit addicting. I spent my entire off period and lunch playing with the different games. I was hooked. 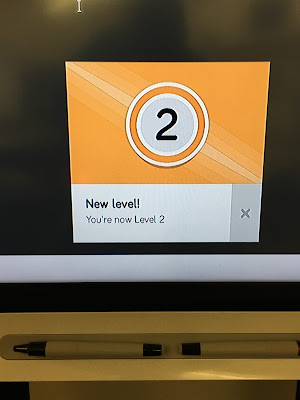 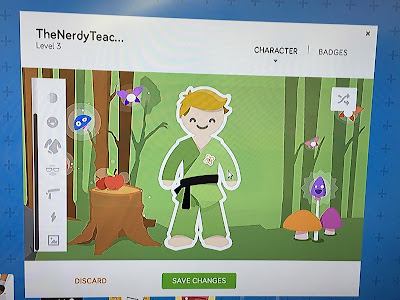 I know I have shared many many photos, but I've done that to show you how beautiful the UI is on the Computer Kit. It is wonderfully designed and easy to use. The cartoon graphics are well rendered and look great on the HD screen. The UI is so important if you are going to get adults and children hooked on using a device. These are key and Kano has done an amazing job with it.

I played pong, did a text based Python script game, I played with Scratch for the first time and made the Cat dance around the screen, and I did all of this with a huge smile on my face. The true test was to give it to my son and see what he thought. 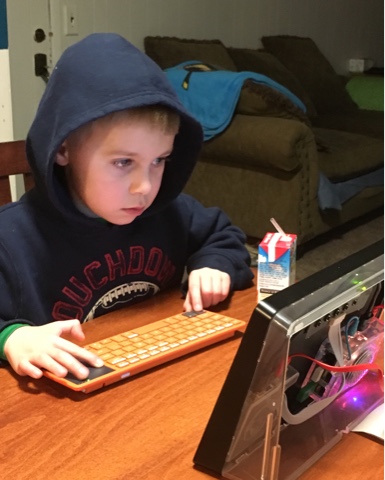 Leo is playing with the Computer Kit and the Screen Kit (That post will be coming later). He was hooked right away. He LOVES Scratch. He wants to play it all the time. My son is a few months shy of his 5th birthday, but he was moving around the Kano UI easily. He figured out how to do things on Scratch without any support. While Scratch is a different program not created by Kano, the Computer Kit allowed Leo to have easy access to the program. The keyboard was the perfect size for him to click the keys and use the trackpad. He was able to draw a submarine and make it bounce on the screen without asking a single question. Dropping the pieces together was simple for him and Kano allowed him the easy access to a great tool. That is what makes Kano stand out for me.

The Kano Computer Kit retails for $149.99 and it is worth every penny. The new kit that will have the Pi 3 will not need for you to connect a wifi dongle or a Bluetooth dongle since they are part of the Pi. That will make it a little nicer for the set up.

Leo continues to play with the Kano Computer Kit and asks me about playing the "Cat Game" (Scratch) all the time. He also loves to play Pong once in a while. He is slowly learning the different aspects of the Computer Kit and he is doing it with little guidance from me. These are such important skills for him to learn. He will be a coding expert if he keeps this up.

I look forward to seeing the Kano OS grow, expand, and mature with its users over time. Kano will only improve on its stellar UI and offer new applications that will be easily downloadable and added to the desktop. Kahoot just announced that they have connected with Kano. Check out the story here.

You need to hurry up and reserve your Kano Computer Kit before it is too late.

Posted by The Nerdy Teacher at 9:00 AM